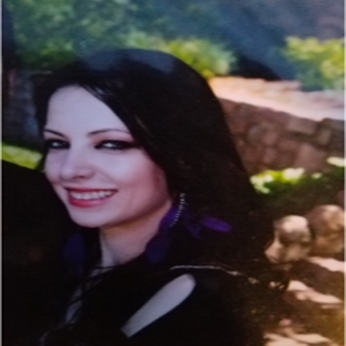 Posted at 08:40h in Dance Instructors by command

Samantha started her love of dance in San Angelo, Texas. She was the NCA supersquad and top at the age of 6. The studio owner wanted her in her ballet class and it was then she found her passion at the Ballet Arts School with Pricilla Nicholson. While in Texas performed in two Nutcracker productions with the San Angelo Civic Ballet. She performed in the roles of Buffoon (Mother Buffoon) and Party scene. She then moved to Anchorage, Alaska and continued her dance education with Karen Grotts at Center Stage Dance studio. At Center Stage Dance studio she studied ballet, tap, and jazz. She continued performing in various Nutcracker productions. In Alberta Ballet’s Nutcracker production she was an Angel. In Ballet West’s Nutcracker production she  was a toy solider and an oriental solider.  Upon moving to South Dakota she attended Main Stage Ballet and Dance Academy. Here she added hip-hop to her dance background. Samantha took a small break in her dance career to pursue cheerleading. She felt the need to go back to her love of dance and enrolled in Balleraena Dance Studio. While there she performed in Moscow Ballet’s Nutcracker production as a Russian dancer. She also did a Swan Lake dance camp with the Moscow Ballet. She took another break from dance to raise her daughter. Upon seeing the adult ballet class perform at VADO’s second recital, Samantha felt the pull again to be involved in dance. She has since been taking numerous ballet and hip-hop classes at VADO. For a few years she studied the art of Belly Dance under Christie Lewis and joined her Belly Dance Troupe, Diamond Dust Dancers for two years. Samantha wanted to share her passion and love of dance by beginning her dance teaching career at VADO.  She has been heavily involved with the VADO board of numerous years.